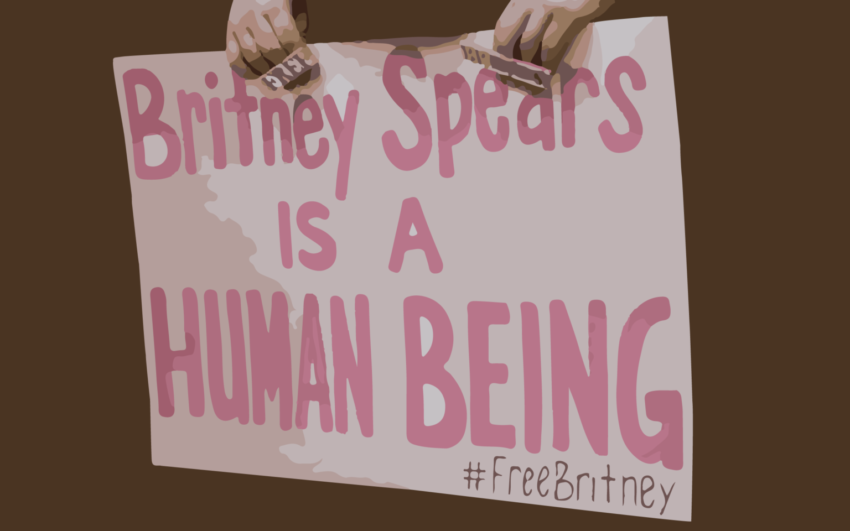 In the past year, Britney Spears has become a household name again, and it’s not because of her iconic hits such as “…Baby One More Time.” Instead, her recent spike in popularity can be accredited to her efforts to end the conservatorship she’s been under since 2008. Britney’s conservatorship has not only led to greater public awareness about conservatorships, but also sparked questions from activists and fans about the ethics and conditions of conservatorships.

What Even Is A Conservatorship?

“You have to be a person who the court finds that you have impaired decision-making capacity and that because of your impaired decision-making capacity, you’re unable to provide for your own care, you’re at risk of illness or injury,” Scott Lyon, a staff attorney for Disability Rights Iowa said. “With respect to conservatorship, you are unable to make decisions about your finances.”

Following a series of highly publicized mental health struggles, Britney was put under a conservatorship controlled by her father, Jamie Spears. While the arrangement was originally temporary, the situation was eventually made permanent, with Jamie taking complete control of both her personal life and financial assets.

In June of 2021, Britney asked a judge to end the conservatorship, saying her father and the co-conservator were forcing her to continue performing, as well as stopping her from getting married and having more children.

After substantial public outcry on social media from Britney herself as well as fans and activists, a judge suspended Jamie Spears from the conservatorship on Sept. 29, saying the situation under Jamie “reflects a toxic environment.” On Nov. 12, the conservatorship was terminated completely.

Even though Britney is now celebrating her freedom, her situation isn’t entirely unique. According to data from the Justice Department in 2017, there are approximately 1.3 million active guardianship or conservatorship cases in the United States. People may be protected by conservatorships if they are considered to be someone with impaired decision-making capacity. This typically applies to three different groups: the elderly, people with disabilities, and children.

Conservatorships: Not That Innocent?

Following Britney’s case, public awareness surrounding conservatorships has increased substantially. But with that kind of media coverage comes some misinformation, according to Cedar Rapids-based lawyer Rachel McCrate, who specializes in guardianship and conservatorship law.

“A lot of the press . . . was kind of indicating that it’s really easy to just get control over someone,” McCrate said.

In reality, there are a multitude of safeguards in place to protect individuals who may be put under a guardianship or a conservatorship. In fact, in early 2020, the Iowa Legislature made significant changes to laws regarding conservatorships and guardianships to better support protected parties. New additions to the law in Iowa include a professional evaluation of the protected party, background checks for the proposed conservator or guardian, and updated annual reporting requirements to ensure the conservator or guardian is following their duties as prescribed.

“You can have bad decisions, of course, on occasion,” McCrate said. “But I would say generally, our judges are trying to protect protected parties.”

While these changes are a step in the right direction, activists from around the country have long been calling for reforms to guardianship and conservatorship laws. Throughout Britney’s case in particular, disability rights activists pointed out the ways in which conservatorships might harm individuals with disabilities.

“There are a number of different ways in which you might end up being an adult who has allegedly impaired decision-making capacity,” Lyon said. “And those typically intersect with what we think when we think of a person with a disability. For a court to find that you have impaired decision-making capacity, oftentimes they’re going to base that finding on a disability diagnosis.”

According to Lyon, societal perceptions regarding people with disabilities have a large impact on the prevalence of conservatorships and guardianships alike.

“There’s a presumption that people with disabilities can’t handle those decisions just because they are people with disabilities,” Lyon said. “And that leads to parents and others who may be well-intentioned, or may not be, but they want to protect those individuals. In doing so, they may sort of become overbearing and use things like guardianship to strip them of their rights to make their own decisions.”

Furthermore, Lyon points out that disability is a wide spectrum. Lumping individuals with widely varying disabilities under the same conservatorship laws may be reductive.

“When it comes to what it means to have impaired decision-making capacity, it really runs the gamut. I’ve had clients who are not verbal, who are comatose, who are so significantly affected by a brain injury that they cannot physically express their own wishes. I’ve also had clients who are perfectly capable of sitting in front of a court [and] saying what it is they want . . . they are still under the same limited restrictions that a person who cannot physically express themselves is, they’re laboring under that same limitation.”

With the newly adapted Iowa law, progress is being made to better support those protected by conservatorships. However, before things can get better, Lyon asserts that there needs to be a massive overhaul in how we as a society view disability.

“If you are someone who is a parent of a young adult with a disability, or who knows someone who may be losing their decision-making capacity for whatever reason . . . think about other ways that you can help that person meet their needs that don’t involve going to court and taking their rights away from them,” Lyon said. “That’s a very severe infringement on a person’s rights. The right to make your own decisions is inherent in every individual’s humanity.”