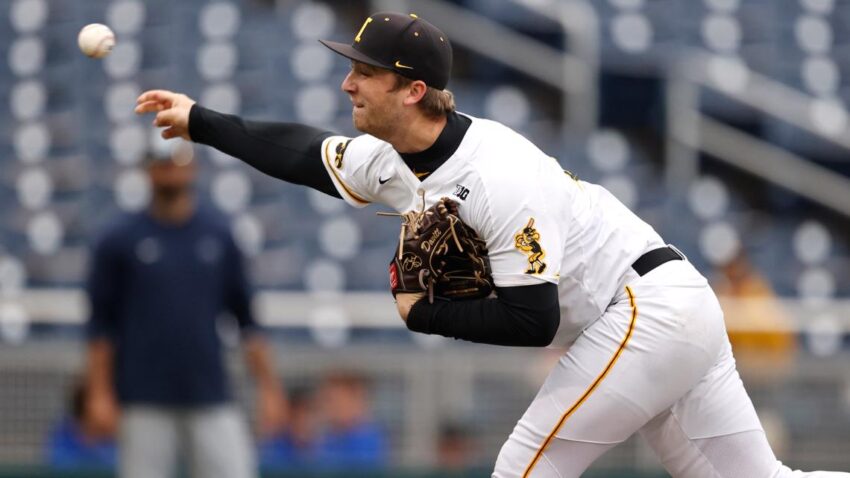 For years, Duncan Davitt’s life has revolved around baseball. From playing in Little League to being a member of the Indianola High School baseball team to eventually joining the Iowa Hawkeyes, he’s given the sport his all.

Now, his passion is paying off: Last week, Davitt was selected by the Tampa Bay Rays in the 18th round of the 2022 MLB Draft.

As the 554th pick overall, Davitt was the fourth Hawkeye to have his name called. During his four years at the University of Iowa, Davitt went 11-5 with a 4.74 ERA over 53 appearances. He had 171 strikeouts over 144 1/3 innings. He was also a three-time Academic All-Big Ten selection.

Davitt is the seventh Hawkeye pitcher in the past two years to join an MLB organization.

While being drafted by the Rays may be the latest step in Davitt’s success, it certainly isn’t the start of it. Rather, his love of the sport started as a child growing up in Indianola.

Davitt began playing in the Indianola Little League around the age of five, and eventually joined a travel team coached by several dads of fellow players.

At Indianola High School, he pitched for the varsity baseball team all four years.

“It was always a great experience, we got better every year,” Davitt said. “I think that we kind of brought baseball back to Indianola.”

After high school, Davitt ultimately chose to pursue baseball at the University of Iowa thanks to the “incomparable” facilities and coaching staff.

In describing himself prior to his time with the Hawkeyes, Davitt said he was “175 pounds soaking wet [and] pretty messy mechanically.” Under the coaching leadership at Iowa, however, everything clicked into place.

“It just was a really good stepping stone from going from high school baseball to professional baseball, just having the ability to work one on one with coaches that are invested very, very heavily in you,” Davitt said.